Soft Power and Brand Value: Lessons from the Pandemic

Since the onset of the Covid-19 pandemic – which Boris Johnson has called the “worst public health crisis for a generation”— citizens have not only faced an extremely uncertain situation, but also witnessed diverse reactions from governments and corporations which have generated criticism in some cases and praise in others. Once the crisis is over, these public and corporate actions and initiatives will contribute to the reputation of nations and brands who reacted to the crisis in a timely, honest, and compelling fashion. That is, for those nations and brands whose decisions did not only protect their citizens and employees, but also the rest of the actors in their environment, contributing to their increasing influence both domestically and on the global stage. For nations, this goes far beyond their military or economic power, and is what Brand Finance define as “soft power”, which we consider key in the construction of the nation brand.

The relevance that this concept has acquired in the 21st century has inspired us to study and quantify it. This effort resulted in the publication of the Global Soft Power Index – our first global study on perceptions of “soft power” in February 2020 (You can download the full report from the following link: https://brandirectory.com/globalsoftpower).

The objective of this effort is to measure a “nation’s ability to influence the preferences and behaviours of various actors in the international arena (states, corporations, communities, publics etc.) through attraction or persuasion rather than coercion.”

Our methodology is based on 55,000 surveys of specialists and the general public, which were carried out in 100 countries, and incorporate a broad range of measures to provide a balanced and holistic assessment of nations’ presence, reputation, and impact on the world stage. These include:

Although there are no quick fixes, by better understanding what drives soft power and a nation’s prosperity in general, resources can be allocated more effectively in terms of improving the seven pillars.

Just as perceptions do not change abruptly, soft power cannot be reached or lost overnight. But identifying and understanding these levers of influence is essential to delineate long-term strategies consistent with national goals of public and economic diplomacy.

Among the public diplomacy tools and techniques that can positively impact soft power and strengthen the country’s brand, “gastrodiplomacy” and “sports diplomacy” can play a fundamental role in building soft power by impacting one of its fundamental pillars: Culture & Heritage.

At the moment, we are witnessing an old type of diplomacy acquiring a renewed relevance: health diplomacy. With the United States hit hard by the pandemic, China is leveraging its experience and production capacity of medical equipment as a “soft power” tool. In mid-March, it announced that it would help 82 countries, and since then, has sent medical staff and equipment to Italy, and donated equipment to Pakistan, Japan, Argentina, and other Latin American countries.

According to the Global Soft Power Index 2020 by Brand Finance, the United States, Germany, the United Kingdom, Japan, and China are the top five countries in terms of soft power, illustrating that soft power goes far beyond public policy.

The United States scores first in culture and entertainment, sports and brands, and products. This is a testament to the symbiotic relationship between the strength of a country’s commercial brands and its global influence. That is, commercial brands act as ambassadors of the progress, dynamism, and business environment of a nation. Forging an optimal environment for innovation, including an educational, fiscal, and legal system that promotes it, is key when designing nation brand strategies. But what happens during a crisis of the magnitude that we are experiencing?

This is even more important. Over the last few months, we have witnessed how public-private collaboration is key to mitigating the effects of the health, social, and economic crisis we are living in. The French luxury group, LVMH, will dedicate its production plants for perfume and cosmetic brands in France to manufacture large quantities of hand sanitizers, which will be donated to hospitals. Armani decided to convert part of its production capacity to put together PPE to support medical staff during the crisis. In an industry that has been among the hardest hit by the crisis, many other Italian fashion brands have also coordinated to produce millions of masks.

In Spain, Santander Bank and BBVA have donated financial resources to acquire medical equipment. The fashion giant, Inditex, will dedicate part of its productive assets and logistic network to making and facilitating the acquisition of medical supplies.

Many leading brands aimed to protect their employees long before governments confined them to their homes, putting their health above any economic consideration. Twitter, EY Spain, and Santander were among the first to react and implemented working from home or “smartworking” policies in an effort to protect their employees’ health. In the United States, CVS eliminated the shipping costs of medicines. Patagonia voluntarily closed all its stores, promising to continue paying employees’ wages despite the losses it would incur.

These are all examples of brave brands, who understand that leadership in the 21st century exceeds economic power and revolves around the ability to have a positive impact on the world. In his work, “The Diary of the Year of the Plague”, Daniel Defoe wrote: “Another year of the plague […] would end with animosities and would make us see with other eyes the same things that we have seen before.” The brands we mentioned have  understood that leadership and influence in today’s world are about cooperation.

Similarly, and during the crisis, some countries have embraced this new concept of leadership and influence. They have understood that leadership today depends more on collaboration than on unilateral decisions based on short-termism and a thin concept of “value creation” which does not consider the impact of their decisions on the larger ecosystem of nations.

This is precisely the great opportunity that the pandemic represents for nations and brands in general: to generate soft power through proactive collaboration and cooperation with other nations, which will probably have a positive effect on their familiarity and reputation, as well as on international relations and perceptions associated with the “People and Values” pillar.

Although our research data does not cover responses to coronavirus, next year’s data will reflect the impact of decisions and actions taken during the pandemic. And we know what to expect. When we observe initiatives such as those of the Chinese government, who is supporting Europe, donating PPE, and sending medical experts to help to overcome the pandemic, the words spoken by Ban Ki-moon, the eighth Secretary General of the United Nations, during the Global Soft Power Summit hosted by Brand Finance hosted in London this February, take on a new meaning: “Soft power is key to creating a more sustainable world through cooperation, collaboration and mutual understanding.” This is the true meaning of leadership and power in the 21st century. 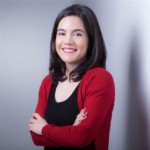 Gabriela is a Global Managing Director of the Brand Finance Institute. She has a broad international experience, having worked for clients such as Bank of America, Repsol, YPF, Telefónica, Terra Networks, Bausch & Lomb, Johnson & Johnson, Roca, GM, Great Eastern Life.

Stand Up to Stand Out? How Brands Are Impacting the Debate on Social Justice

COVID-19: Brand Value and Leadership in Times of Crisis