The 2019 iteration of the Brand Finance Global 500 report on the world's most valuable brands across all sectors and countries will be launched in partnership with Tata Consultancy Services at the World Economic Forum in Davos, Switzerland. The event will feature a panel discussion on 'The Evolving Role of CEOs in Shaping Brands and Reputation' with:

Joined by C-Suite executives from around the globe, we will present the findings of our annual brand valuation study into the world's biggest brands and share perspectives on the role of chief executives and boards in shaping brands and reputation.

We will explore how CEOs achieve success in brand management, drawing on the Brand Guardianship Index - our latest research and ranking of the top 100 brand champions among the CEOs of the world's most valuable brands. Are CEOs doing enough to build brand resilience in order to safeguard stakeholder value? Should CEOs respond to brand activism when pressured to take ethical stances publicly in relation to societal challenges? And should companies take more urgent steps to value and report on their brands and reputations?

Please note that only those who are attending the World Economic Forum 2019 are able to attend this event. 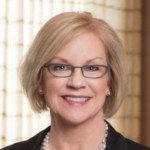 Catherine P. Bessant is chief operations and technology officer at Bank of America, and is a member of the company’s executive management team. Since 2010, Bessant has led Global Technology and Operations (GT&O), delivering end-to-end technology and operating services across the company through nearly 95,000 employees and contractors in more than 35 countries. Bessant has held a number of senior leadership roles for the company. She was president, Global Corporate Banking; president, Global Product Solutions and Global Treasury Services; chief marketing officer; president, Consumer Real Estate and Community Development Banking; national Small Business Segment executive; and president of the Florida market. She joined the bank as a corporate banker in 1982.

Bessant represents our employees on a number of important topics serving as executive sponsor for the company’s Lesbian, Gay, Bisexual and Transgender (LGBT) Pride executive board, the LGBT Ally program, and the Disability Advisory Council. In 2018, she was named No. 1 among OUTstanding LGBT+ Ally Executives, presented by the Financial Times. Active in the community and region, Bessant received the 2018 Distinguished Service Award from the University of North Carolina at Charlotte. In addition, she was awarded the North Carolina Order of the Long Leaf Pine and was recognized by the Charlotte Business Journal with the Women in Business Lifetime Achievement Award. She chairs the North Tryon Vision Plan Advisory Committee. Bessant recently led the formation of The Council on the Responsible Use of Artificial Intelligence (AI). Managed by the Harvard Kennedy School’s Belfer Center for Science and International Affairs, the council will convene the brightest minds
from tech, business, academia and government.

Bessant serves on the board of directors of Zurich Insurance Group, is an independent member of the USA Field Hockey board of directors and is on the advisory board for the Ross School of Business at the University of Michigan. Along with Ross School faculty, alumni and students, she summited Africa’s Mount Kilimanjaro, the world’s tallest freestanding mountain, in August of 2018. For the second year in a row, she is ranked No. 1 among the “25 Most Powerful Women in Banking” by American Banker. She also appears on Working Mother magazine’s “50 Most Powerful Working Moms” list of 2018.

David is the CEO and founder of Brand Finance plc. David qualified as a Chartered Accountant with Price Waterhouse in London. He worked in international financial management then moved into the marketing services sector, firstly as the Financial Director of The Creative Business and then as Financial Director of WCRS & Partners. He left to set up a financial marketing consultancy, which was later acquired by Publicis, the pan European marketing services group, where he worked as a director for five years.

David moved to Interbrand as Director of Brand Valuation in its London-based global brand valuation practice, leaving in 1996 to launch Brand Finance. David has represented the British Standards institute on the International Standards Committee working party on the standardisation of brand valuation methods and practices, whose draft standard (ISO 10668) was published in November 2010.

David has written many articles for the marketing and financial press on branded businesses and brand valuation and is the author of numerous publications. He also lectures on the subject of branded business, brand and intangible asset valuation at many of the leading business schools around the world. 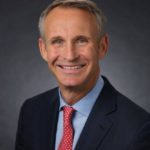 A recognized expert on the labor market and world of work trends, Prising regularly speaks at conferences and summits globally, and provides commentary on jobs and employment trends for media. He is actively engaged in the World Economic Forum, including as a Steward of the Future of Education, Gender and Work Global System; Co-Chair of the Regional Business Council on Europe and CEO Champion of the Digital Transformation Initiative.

Before joining ManpowerGroup, Prising worked for Electrolux, a Swedish multinational. During his 10-year tenure with Electrolux, he held various international positions within the consumer goods and business-to-business divisions, including regional manager for Asia Pacific, managing director of Sales Companies in France and the United Kingdom, and finally head of Global Sales and Marketing for one of its business-to-business divisions.

Prising is passionate about preparing the workforce of tomorrow. He is Vice Chairman of Junior Achievement (JA) Worldwide and is a former Chairman of the Board and a current board member of Junior Achievement (JA) USA. In addition, he serves as a co-chair of Innovation in Milwaukee, an organization focused on supporting entrepreneurial leadership, and is a member of the board of directors of Kohl’s Corporation.
Prising holds an MBA (equivalent) from the Stockholm School of Economics and has participated in executive programs at Harvard, INSEAD, Stanford and Yale. He speaks five languages: English, French, German, Swedish and Italian and has lived in nine countries across Asia, Europe and North America. Prising and his family reside in the Milwaukee area. 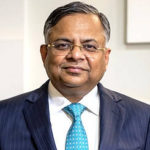 The Tata group companies include 29 publicly-listed corporations with a combined market capitalisation that exceeded US $120 billion at the start of 2017. His appointment as Chairman followed a 30-year business career at TCS, which he joined from university. Chandra rose through the ranks at TCS to become CEO and managing director of the leading global IT solutions and consulting firm.

Under his leadership, TCS generated total revenues of US $16.5 billion in 2015-16 and consolidated its position as the largest private sector employer in India and the country’s most valuable company. TCS has also been placed among the ‘big 4’ most valuable IT services brands worldwide, ranked as one of the World’s Most Innovative Companies by Forbes and recognised as a Global Top Employer by the Top Employers Institute across 24 countries.

Chandra embedded a culture of customer-focus and innovation at TCS.

In addition to his professional career at Tata, Chandra was also appointed as a director on the board of India’s central bank, the Reserve Bank of India, in 2016. He has been appointed on the International Advisory Council of Singapore’s Economic Development Board in 2018. He is the Chairman of Indian Institute of Management Lucknow as well as the President of the court at Indian Institute of Science Bengaluru.

Chandra is an active member of India’s bilateral business forums including USA, UK, Australia and Japan. He served as the chairman of NASSCOM, the apex trade body for IT services firms in India in 2012-13.

His business leadership has been recognised by several corporate and community organisations, and he has received numerous awards, including:

Chandra has been awarded several honorary doctorates by leading Indian and international universities, including an honorary doctor of letters from the Regional Engineering College, Trichy, Tamil Nadu, where he completed a masters degree in computer applications course before joining TCS in 1987.

Born in 1963, Chandra lives in Mumbai with his wife Lalitha. Their son, Pranav, is at university. 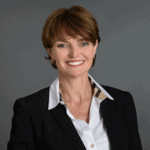 Kylie Wright-Ford is the Chief Executive Officer at Reputation Institute and is responsible for global leadership and governance. Kylie was previously the Chief Operating and Strategy Officer for World 50, a company that manages private peer communities enabling CEOs and C-level executives from globally respected organizations to stay ahead. Prior to World 50, she was part of the leadership team at New York-based Gerson Lehrman Group (GLG) for seven years. In the early part of her career, Kylie worked in finance for ten years including eight years with Goldman Sachs JBWere in Australia. She completed her MBA at Oxford University in 2005 and is the co-author of a book about leadership in the fourth industrial revolution - The Leadership Mind Switch.  Kylie has lived and worked in Australia and the UK before coming to the US. She brings a track record of driving significant revenue growth, leading innovation and building great teams in global settings.