Hollywood’s screenwriter and producer, Rob Long joined Brand Finance for a live webinar to discuss his views on Hollywood and Soft Power.

Contributor to the long-running award-winning television program Cheers, and co-creator of a series of other popular sitcoms, Rob is also renowned as one of Hollywood’s best-known political commentators. Starting out in 1993, Rob wrote a fortnightly political satire column for National Review titled ‘Letters from Al’, which revealed insider information about government figures, as well as humorous speculation on their roles in public controversies. Rob consequently became contributing editor of the National Review, where he shares his views on political and social topics, especially mass media and Hollywood politics. He also founded Ricochet, a dedicated political news and commentary website.

Rob Long joined Brand Finance to discuss predictions for the Global Soft Power Index 2021 – the world’s most comprehensive research study on perceptions of soft power, surveying the opinions of over75,000 people in more than 100 countries – due to be released in February 2021, and in particular the impact that Hollywood has on soft power in the US and the concept of cultural colonialism.

The hour-long webinar began with a presentation from Rob Long, and concluded with a Q&A session moderated by David Haigh, CEO of Brand Finance.

The full recording of the webinar is available to view below:

The Global Soft Power Index reports and the findings of the study are free to access online here. 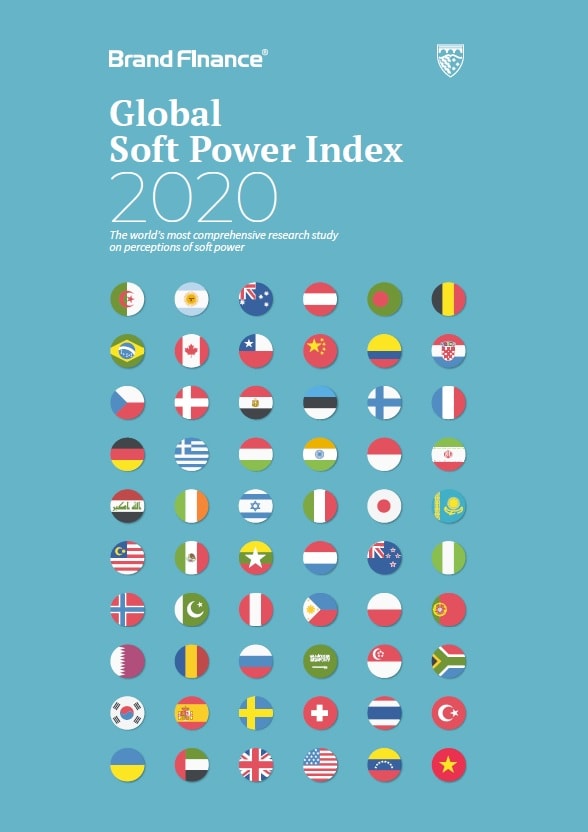 Click to view the inaugural edition of the world's most comprehensive research study on perceptions of soft power.
14 January 2021, 15:00–16:00 UK Time

to be notified of future events

Every week, since 2004, Rob writes and records a short commentary for public radio called “Martini Shot.

He’s also the founder of a podcast network, Ricochet, which releases about a dozen separate podcasts per month, including the newest, “The Ankler,” which is Richard Rushfield’s podcast version of his sharp and insightful entertainment industry newsletter.

Rob just completed a four-year term as president of the board of the Southern Foodways Alliance, a group based in Oxford, Mississippi that studies, celebrates, documents, and investigates the foodways of the American South and is particularly proud of their growth and reach since his arrival on the management team.

Rob has written two books, Conversations with My Agent and Set Up, Joke, Set Up, Joke, which have a devoted cult following. He was also a Co-Executive Producer of “Cheers,” the long-running television comedy.

David is the Chairman and CEO of Brand Finance Plc – the world’s leading brand valuation consultancy. He has worked in the area of branded business, brand, and intangible asset valuation since 1991. He specialised entirely in the field after becoming the Director of Brand Valuation for Interbrand in 1995. He subsequently left Interbrand in 1996 to launch Brand Finance which is celebrating 25 years in business this year.

David represented the British Standards Institution in the working parties responsible for crafting international industry standards: ISO 10668 on Brand Valuation in 2010 and ISO 20671 on Brand Evaluation in 2019.

David is a passionate writer and has authored many articles on brand valuation, published in numerous marketing and finance newspapers and magazines, such as: Financial Times, Accountancy Age, and Marketing Week. He has also lectured on the topic of brand valuation for Harvard, Chicago, and London Business Schools.

To receive updates about new releases, events and offers.