As the saying goes, Etisalat’s performance has been an overnight success 45 years in the making. This year the UAE based telecom operator has been crowned as the strongest telecom brand in the world with a Brand Strength Index of 89.2. When the carrier entered our analysis in 2009 it had a score of 61 but after many years of investment and gradual improvement, it has steadily climbed the rankings in both Brand Strength and Brand Value.

In 2009 our Telecoms league table, like many of our rankings at the time, was dominated by European and US brands in terms of both value and strength. Vodafone topped the table with a value of US$29.0 billion and a Brand Strength score of 85 in the same year, which also made it the 7th most valuable brand in the world. At the time, lessons and best practices were previously learned by looking west, but now in 2022, the tide has turned and brands are emerging from new regions.

Etisalat this year claimed the title of the Strongest Telecom Brand from Jio, based in India, who have each implemented different strategies for creating a strong and valuable brand. Jio reached the top spot through competitive pricing to gain customer attention, while Etisalat focused on excellent service provision and cutting-edge technology.

Meanwhile, some of the largest telecoms businesses have been beset by issues related to the consolidation of branded portfolios, the onset of the ‘fourth industrial revolution’ and the slow commoditisation of the industry that have presented new challenges for brand managers.

By 2009, when Brand Finance published its first Telecoms league table, the telecom brands’ gilded age of growth and optimism at the turn of the millennium was already fading - the much-envied strapline of “The Future’s Bright, the Future’s Orange” had been retired 2 years earlier.

The smartphone, brought into the mainstream by Blackberry and popularised by Apple, began the gradual erosion of interaction between a consumer and their network operator. When all phones were capable of was calls and SMS, consumers’ dependence on the network provider was clear, but as phones have gained functionality, consumers spend far more time developing deeper relationships with other brands during their screen time, be that the handset’s manufacturer, the operating system, the app provider or the Wi-Fi network. It was in this challenging and tumultuous environment that Etisalat began its climb up our ranking.

At around this time, one of Etisalat’s ongoing flagship investments began in the form of its Manchester City partnership. As many brands have found, the prominent association with a top league sports team helped not only to kickstart brand recognition and awareness globally but also to improve brand drivers as perceived by its customers at home.

Alongside its primary market research survey, the Global Brand Equity Monitor, Brand Finance also conducts a Football Fan Survey, which indicated that Etisalat benefits from improved perceptions, reflected in brand attributes such as Cool, Open and Honest, Cares about the wider community, and Promotes Togetherness, resulting in an implied uplift in consumer consideration of 4% among those aware of the partnership.

The achievement of being the strongest brand is also tied to both building and benefiting from the growth of a nation. The UAE has made a name for itself as a pioneer of technology, and one of the key elements of this is its connectivity. In the year of Expo 2020, following the UAE’s rapid investment in 5G infrastructure, Etisalat was crowned the fastest mobile network in the world by Ookla.

Late last year, we conducted brand equity tracking to feed into our valuations, which revealed that 88% of respondents were aware of Etisalat’s achievement, and of those, 96% agreed that it represented their experience with the carrier. This awareness helped to increase other perception scores included in Brand Finance’s research, such as innovation, quality and reputation, helping Etisalat to become the world’s strongest telecom brand in 2022.

Etisalat has a vision to drive the digital future in the UAE and beyond. As part of this vision, it has also been developing tools to engage with its customer, such as its Smiles app. Originally a loyalty scheme, the app has now has a broader offering and has been made available to anyone in the UAE.

The acquisition of e-Grocer is the latest example of how the Group is finding ways to increase its touchpoints with consumers to address the never-ending challenge of retailing relevance. This evolution has been formalised in a new brand identity e& for what was formerly referred to as Etisalat Group.

Creating and maintaining the world’s strongest telecoms brand requires a focus on both emotional and functional attributes. Through its array of investments, promotions and activations, Etisalat has achieved this feat. Expo 2020 helped to showcase the best of the brand in 2021, the challenge looking forward will be to maintain the high standards its customers have come to expect. 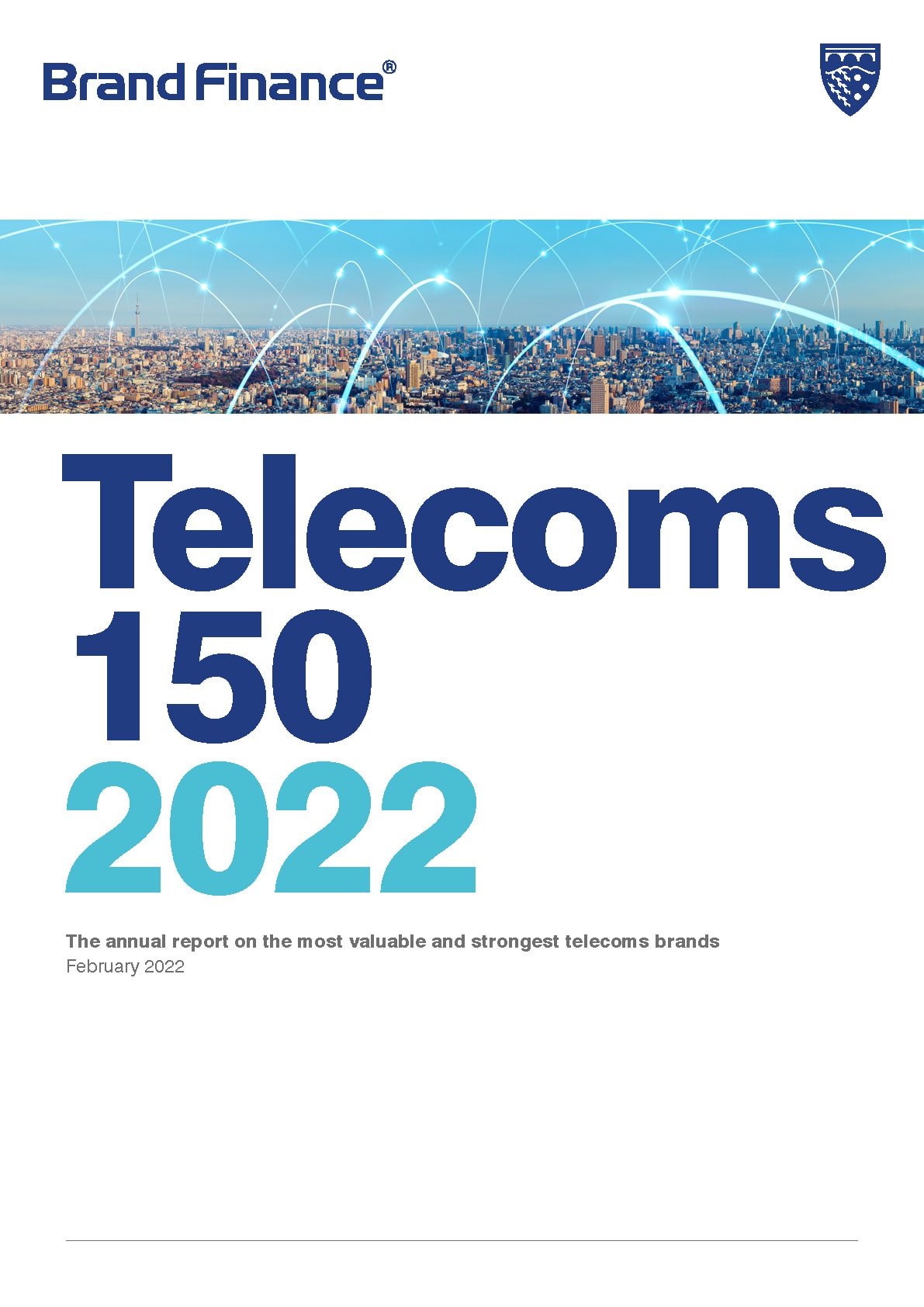 Read our annual report on the most valuable and strongest banking brands.

Richard has over a decade in value-based marketing, brand valuation and intangible asset valuation. He sat on the ISO Technical Committee 289 on Brand Valuation and contributed to the Brand Evaluation standard ISO 20671. He lectures on brand valuation and other topics to business schools and has a regular guest lecture series at London Business School.

While at Brand Finance he has overseen an array of the internal initiatives and studies while also leading many of the client relationships. With experience from B2B and B2C industries and brands, Richard has worked across all of Brand Finance’s service lines as a Chartered Accountant (ACA) and member of the Chartered Institute of Marketing but particularly specialises in valuation.

In addition, he has a BA in Mathematics from the University of Oxford.